Below is an excerpt from In Praise of Manjushri 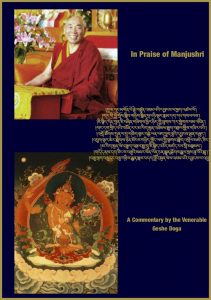 Praise to His Wisdom

With his exalted wisdom knowledge Manjushri has abandoned the six root afflictions and the twenty associated afflictions together with their seeds and imprints, i.e. the two obscurations.

Anger is the root of the associated afflictions of wrath, spite, jealousy and so forth. Wrath, for example, belongs to the family of anger, because it arises from the root of anger.

The difference between anger and wrath is twofold. Wrath is a very specific accelerated and stronger form of anger that focuses on only sentient beings, whilst anger focuses on anything that is perceived as a cause of suffering, which includes both sentient and non-sentient objects. When one is merely angry one cannot bear the cause of suffering and one wants to harm or destroy the cause of that suffering, regardless of whether it is sentient or not sentient. However one is not really quite at the stage where one would actually inflict harm on another sentient being. Wrath is the accelerated form of anger that more directly precedes the actual harm that one inflicts on another person - it focuses only on sentient beings.

The aspect of Manjushri relating to this prayer is a red Manjushri that is referred to as the Manjushri GangLo-Ma.

He loves those who exist in the prison of existence dazed by the darkness of ignorance, all the groups of migrators that are afflicted by suffering, like an only child.