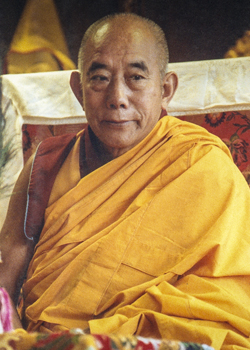 His Eminence Lati Rinpoche, a recognized reincarnate lama and formerly an abbot of the Shartse College of Ganden Monastery in Mundgod, South India, was born in the Kham district of Tibet in 1922. He received his geshe degree at Ganden Monastery in 1959, and in 1960 he joined the Tantric College of Upper Lhasa before being forced into exile by the Chinese Communist invasion. Rinpoche arrived in Dharamsala in 1964, and was subsequently appointed as spiritual advisor to His Holiness the 14th Dalai Lama. He later taught Buddhism in the West and was the author of important Buddhist texts. Rinpoche passed away peacefully at his residence in Dharamsala, India, on April 12, 2010.

Teachings from His Eminence Lati Rinpoche

Bliss and Emptiness in the Gelug Tradition 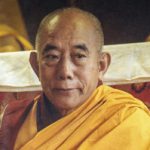 An overview of the teachings of the Gelug school of Tibetan Buddhism given by Lati Rinpoche in New York, New York, 1991.