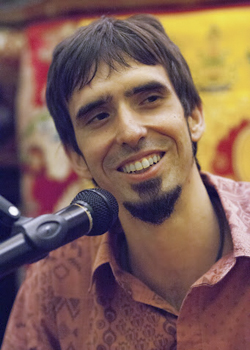 Tenzin Ösel Hita was born in the small Spanish village of Bubión, Granada, in 1985. He was recognised as the incarnation of Lama Thubten Yeshe by His Holiness the Dalai Lama in 1986 and was subsequently enthroned at a ceremony in Dharamsala, India.

From an early age, Ösel travelled to FPMT monasteries and centers in Nepal, America, Australia and Europe, usually accompanied by one of his parents, Paco Hita and Maria Torres. In 1991, at the age of seven, Ösel went to live at Sera Monastery in southern India, where he studied traditional Tibetan subjects and received private tutoring in Western subjects.

Ösel later attended a private high school in Victoria, British Columbia and graduated from the University of Madrid with a three-year BA degree in cinematography in 2008. He released a film, Being Your True Nature, in December 2012.

In 2011, Ösel joined the board of the FPMT and he is an active supporter of the Foundation for Developing Compassion and Wisdom. In a letter to the FPMT family, written in November 2012, he said, "I hope to spend as much time as possible with Lama Zopa Rinpoche and Venerable Roger, as well as deepening my traditional philosophical studies, and learning more about media communications and finance."

Read more about Tenzin Ösel Hita on the FPMT news and information page, which has links to interviews, news and videos. Also refer to the FPMT links to books and articles about Ösel, including a book by Vicki McKenzie, Reincarnation: The Boy Lama.

How to Understand Reality from the Universal Point of View 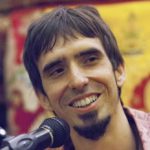 Satisfaction and Challenging Your Limits 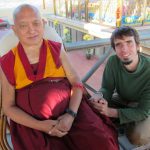 This Dharma talk was given at Amitabha Buddhist Centre, Singapore, 2012. It includes a question and answer session, where Ösel discusses his experiences as a monk and his vision for how to benefit others in the future. 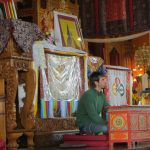 Second Discourse: The Five Senses and Love (Teachings from the 45th Kopan Course)

This is the second of two talks given during the 45th Kopan Lam-rim Course at Kopan Monastery in 2012. Ösel covers many lam-rim topics such as guru devotion, Dharma, the sufferings of samsara, our five senses and love, all from a contemporary viewpoint.

We’re All in the Same Boat

In this short excerpt, Ösel shares his personal experience of putting the Dharma into practice with students at Losang Dragpa Centre in Malaysia on February 19, 2015.