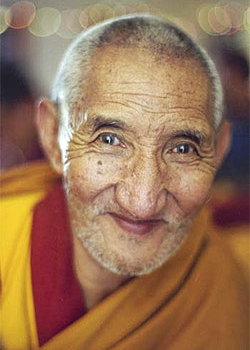 Ribur Rinpoche was born in Kham, Eastern Tibet, in 1923. He was recognized at the age of five as the sixth incarnation of Lama Kunga Osel, a great yogi, scholar and teacher. He was an accomplished practitioner, as well as a writer and teacher who taught in numerous countries around the world. He lived in northern California for many years before returning to India, where he passed away in 2006.

For a longer biography, see the preface of the book How to Generate Bodhicitta, and read about his reincarnation in this FPMT biography.

How to Generate Bodhicitta 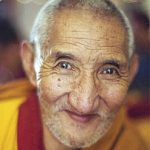 On two visits to Singapore in 1997, Venerable Lama Ribur Rinpoche taught extensively on how to generate that precious mind of enlightenment.

Equalizing Ourselves with Others

This is an excerpt from a teaching by Ribur Rinpoche given at Watsonville, CA in June, 2002.